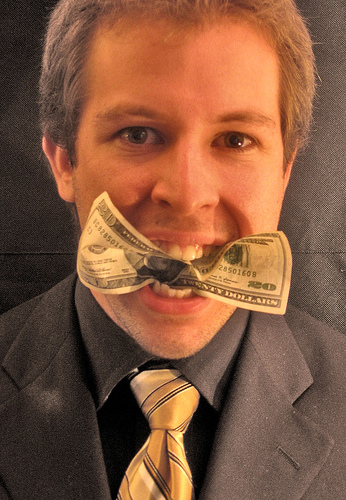 This week, MPI will have its annual World Education Congress (WEC). As some of you know, I worked for MPI several years ago and even planned content for the WEC in the late 1990s. Many readers remember my feelings about the 2009 WEC Virtual Access Pass debacle.

But this year, MPI created a new WEC fiasco, with its Social Media Guru policy.

For WEC 2010, MPI invited people to apply to be a social media guru (SMG). Those chosen as a SMG received a reduced registration fee in exchange for blogging, tweeting and writing about WEC.

In theory, it’s a great idea. However, there’s a catch. And it’s a defining point in the MPI culture.

The SMG application had the following phrase,  “[Social media gurus are expected to provide] fair and unbiased coverage.” (Paraphrased as original application is no longer available on the web.)

What Is Fair And Unbiased Coverage?

It’s not like we are used to unbiased media coverage. Just consider the BBC, Fox News and the New York Times. They all have biases. Right?

If you think I’m the only one struggling with this WEC SMG issue, read SMG Vanessa LeClair’s post Being an MPI Social Media Guru Isn’t Without Its Challenges. Obviously, SMG Miguel Nieves has some concerns about this too.

Some Feel That MPI Is Buying New Media

A very wise friend of mine made this statement about the WEC SMGs: “Wow, nothing like MPI buying the media. Right?”

Whoa, there’s the smoking gun. I didn’t ask that person for their thoughts. I didn’t say anything negative about the MPI WEC SMG application. As a matter of fact, I shared the SMG application via my networks with great excitement. I thought it was a smart move…until I read the application a second and third time.

My friend’s perception was only one of many who felt the same way.

MPI’s idea was a good idea gone awry. MPI is once again attempting trying to control the message. If MPI felt they even had to make that statement that they wanted “fair and unbiased” coverage, then they don’t trust people to cover the event from their own views. That’s a trust issue. That’s a corporate culture issue.

I’ve not seen any other organizations that invite bloggers or the media to their events insist on fair and unbiased coverage. Have you?

So, I didn’t apply. My integrity would not allow me to even consider becoming a WEC MPI SMG. I needed the ability to stay true to myself, voice my opinion and not be bought with a lower registration fee.

However, I do feel that every blog post the WEC SMGs write should have a disclosure statement that they received a discounted WEC registration fee in exchange for (fair and unbiased) writing about MPI’s WEC. This would stay true to the spirit of FTC’s Guidelines for bloggers about disclosure and endorsements.

How do you feel about MPI’s WEC social media guru policy of “fair and unbiased” coverage? Do you want WEC coverage that reflects a positive, fair and unbiased view or do you want SMGs that tell it as they see it?