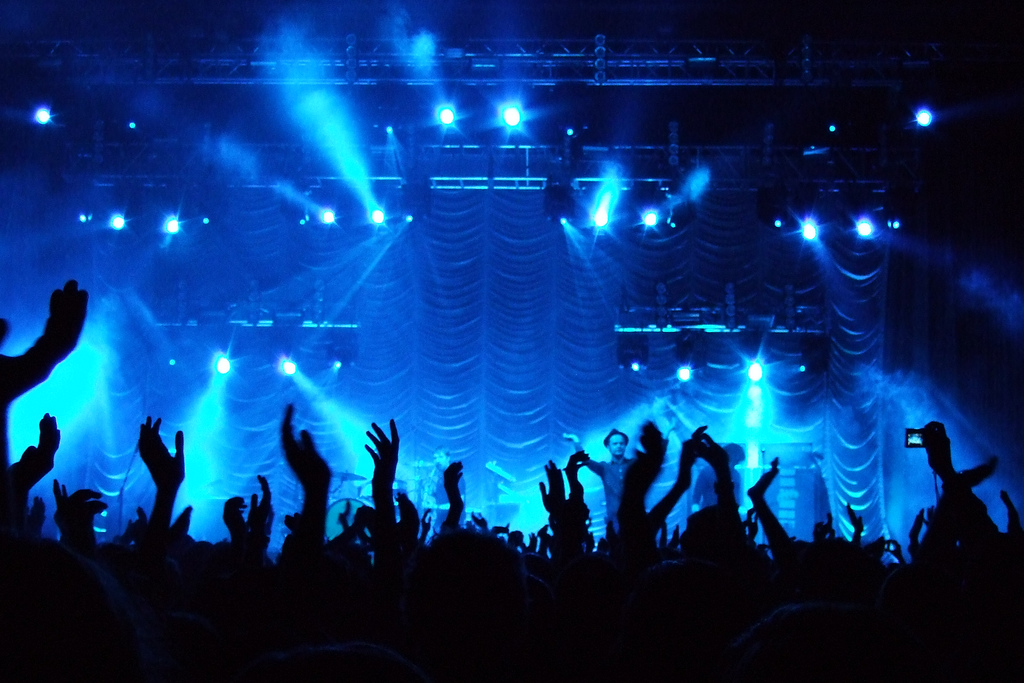 What can Bruno Mars teach us about audience engagement for our ballroom experiences? Plenty.

Earlier this week, I witnessed 7,000 participants (from Linksters to Boomers) stand, clap, sing and dance for 75 minutes at his sold-out Denver Moonshine Jungle concert.

If you saw his performance at the 2014 Super Bowl halftime, you already know the enormous talent that’s packed into this five-foot tall young man.

The dude is a triple threat!

Bruno masterfully took us on an emotional roller coaster. He kept the energy high for much of the night, but sprinkled in slower ballads allowing fans to sit and recover.

There was a wonderful ebb and flow to his show that helped foster an emotional connection with the audience.

Bruno and his band were very intentional about audience participation and involvement.

They constantly encouraged us to sing, dance and frequently asked questions that many felt compelled to shout-out their answers towards the stage.

At the halfway point, Bruno began to mouth the words of a popular song. He told the audience if we wanted to hear him sing, we needed to let him know how much.

The place exploded with thunderous cheers and screams. No one sat down again.

Although Bruno is known for his top 40 pop-hits, he cleverly weaved in music from the 60’s, 70’s and 80’s appealing to his wide demographic fan base. In one riff he started with a popular 60’s song and ended rapping.

There was something for everyone.

All around me were families dancing and singing together.

Although most of us will never have a budget to book a talent like Bruno Mars, we can all incorporate his strategies into our general session design to increase audience engagement and make an emotional connection.

3 Lessons to Apply to General Sessions

As talented as Bruno and his band are, they invested big time in making a visual impact. They had amazing special effects, graphics and laser lights. It was a full emersion of the senses.

Images simply make everything better. It’s also what our brains need to improve memory and recall.

Don’t have a big AV budget for staging and lasers? No problem.

What really got the audience rocking, was when the cameraman simply panned his lens on the engaged crowd.  About as low-tech as it gets.

2. Once You Got Them, Keep Them

If the goal of your general session is to energize, engage and involve your audience then don’t tease them. Nothing is more frustrating than experiencing a great opening performance only to be followed by fifteen minutes of dry announcements and recaps.

Think like a rock star. Once you’ve got the audience in the palm of your hand, don’t let them go.

Bruno Mars introduced each member of his band (eight people) near the end of his show. When we all actually cared and knew how talented they were.

He managed to do this and talk about future plans in less than five minutes.

Make every minute of your general session be valued by the participants.

Wait to introduce your leaders and sponsors after attendees experienced the good stuff and appreciate what they’ve done.

3. Make it Worth Staying

Bruno held out playing two of his biggest hits for the encore. No one left until he finished his final song and the lights came up.

As I sat in horrible gridlock traffic, I was smiling because of the strong ending. He made it worth the stay!

Finish your General Session as good (or better) than you start it and you won’t have an early exodus.

Don’t start packing up displays and your registration desk before your closing session. Recognize how important it is to leave a lasting impression that sends everyone home with smiles.

Like Bruno, let your audience know, it’s really all about them.

This was the last night of Bruno Mar’s 20-month concert tour, but he made it feel like the first. As exhausted as he and his band must have been, he gave it his all until the very end.

What changes have you successfully implemented to get attendees to stay until the end? How have you taken attendees on an emotional journey?