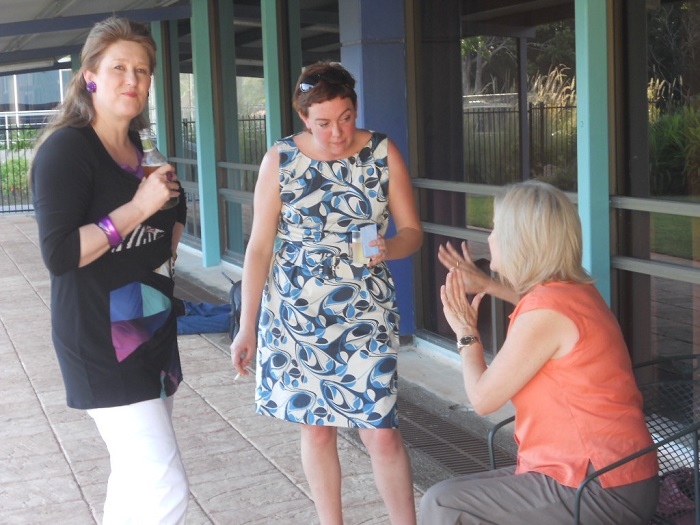 The closing keynote was a big hit.

Attendees head home. Your team has worked tirelessly for weeks. And they delivered beyond your expectations.

You would love to get packed quickly. You know everyone on your teams deserves some time off now.

Gathering The Team For One Final Meeting

You think, “If I can just gather the troops one last time to quickly capture feedback while it’s still fresh in their minds, it would be great.”

Then that full-scale debrief you do a couple weeks later will be much richer.

Why? In a matter of days, important details about the best conference moments (and the worst moments) will get fuzzier.

German psychologist Hermann Ebbinghaus (1850-1909) was a pioneer in the study of memory and is best known for the Forgetting Curve.

Dr. Will Thalheimer found that Ebbinghaus was partially right with his findings. Ultimately, forgetting depends upon a host of variables. People in the reviewed experiments forgot from 0% to 94% of what they had learned. The bottom line is that forgetting varies widely.

Take a look at Thalheimer’s research on the Forgetting Curve.

Ultimately, your team will forget their thoughts about improving the conference experience if they don’t have some type of prompts. Or capture their observations.

By the way, this forgetting stuff is also happening with your attendees and all the great things they learned at your conference, but that’s a post for another day.

Here are a few tips to set the stage for a fast, yet effective debrief:

1. Ask them to be observing all the time.

Let the team know you’ll be doing this long before you arrive onsite. Tell them you’ll do a debrief onsite and again back at the office.

Give them each a pocket journal where they can jot down notes about experiences as they happen. Encourage them to carry that notebook during the entire conference. Or ask them to capture notes on their smartphone, if they’d prefer.

3. Ask them to individually walk the venue one last time.

Ask them to record key locations where big conference moments occurred. Returning to the scene tends to jog our recall.

4. Ask them to consider two questions through out the venue:

One final thought: Let everyone know there are no right or wrong answers. Ask them to type their comments when they return to the office after their break and send them to you. Then compile all the comments for a final debrief back in the office.

What’s your experience with pre- and post-cons? What tips have you gleaned about more effective conference debriefs?