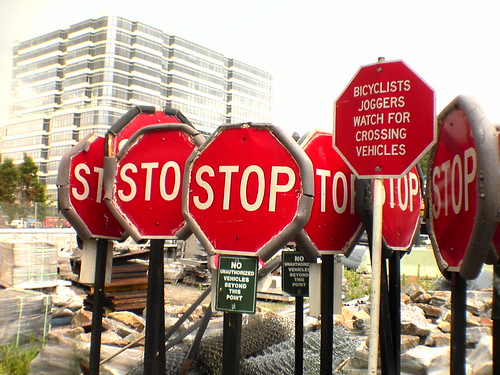 Attendees value the connections they make at your conference. It’s one of their most treasured intangible benefits of attendance.

They come to your event looking for their people. They meet many of your attendees at receptions, meals, sessions and in the hallways.

Unfortunately, many of those introductions are nothing more than empty interactions. They don’t really connect with others.

Then loneliness creeps in. They feel isolated and alone in a sea of others. That loneliness makes navigating your conference even more difficult.

This presents a huge opportunity for conference organizers. Loneliness doesn’t occur just because of fewer interactions with others. It frequently occurs because of meaningless interactions.

As a meeting professional, you can intentionally design experiences that foster interactions with depth not width. You can create oasis in deserts of conference loneliness. These metaphorical watering holes become areas where people can gather and authentically connect. They find refuge and relief at this conference oasis amidst the conference’s hectic schedule and frantic pace.

If you’re calling it networking, you might be repelling attendees from this experience. They equate networking with frantic interactions, not authentic connections.

Most people think of networking as shameless self-promotion that you must do to get a transaction. Speed networking only reinforces this.

People seek authentic connections. They want a chance to build a relationship. They want to connect on a deeper level with someone that will last beyond the conference.

Your conference fosters face to face interactions. And attendees don’t want a sales pitch. They just want to make friends who share a common interest or passion.

We need to stop using the word networking. It has too much negative baggage attached to it.

I coined and trademarked the term NetWORTHing® in 2005 to put the emphasis on being the first one in a relationship to offer value. I know how misunderstood networking actually is. Velvet Chainsaw uses the word connexity to encourage connections and community.

What term will you use?

I recently traveled to Malaysia and discovered Malaysians don’t like the word networking. Their culture values authentic connections.

Malaysians present their business card to each other-with their hands together, palms up, symbolically asking; how can I be a resource to you?

When a Malaysian presents their card to you, they’re offering themselves and their network as a resource. And it’s an honor to receive that card and all it represents.

Typical Malaysian conferences have 30 minute breaks and 90 minutes luncheons without a speaker. They believe that connecting with others is just as important as the content. So they treat them equally.

Networking Is A Noun And Verb

Networking is both a noun and a verb.

Most of us treat networking as a passive transaction that produces a sale, a promotion, a new job or a step up to something better.

We’ve got to stop treating it as a byproduct of a transactional experience. We need to eliminate the shameless self-promotion of networking. We need to decrease rapid business card exchanges.

Instead we should create experiences that foster active interactions that are relational, not transactional. We need to promote authentic connections that nuture meaning and depth.

We should adopt a conference networking mantra of helping over selling. Encourage your staff and leadership to embrace this critical differentiator and be an activist in amplifying it.

Want more information? The May Sticky Conference newsletter shares a number of ideas and resources that will help you on your journey.

What other names have you seen conferences use instead of networking? If you’ve ever attended a conference where connecting was intentionally designed throughout the experience, what was that like?