Since 2007, people have gazed at Twitter and wondered how the Twittershpere developed into what it is today. It’s been the subject of much philosophical, religious and scientific discussion and debate. 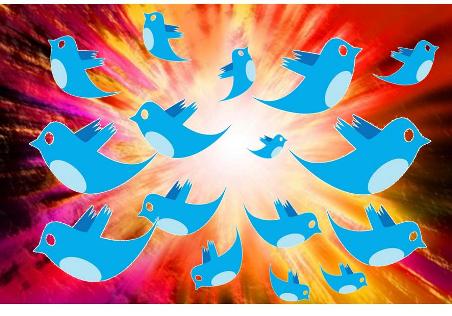 People who have tried to uncover the mysteries of the Twitterville development include such famous researchers as Danah Boyd, Chris Brogan, Beth Kanter, Charlene Li, Brian Solis, and Dan Zarrella. Many of these researchers have developed their own Twitter birthing theories as they watched the tweeting continue to evolve.

Soon Twitter invaded conference, events and tradeshows. Albert Einstein, Steven Hubble and Stephen Hawking could not have predicted this social phenomenon. Yet, one of the most famous and widely accepted models for the Twitterdom’s development is The Big Tweet Theory.

Although The Big Tweet Theory is famous, it is often misunderstood. A common misperception is that Twitter, tweeting and the conference backchannel is mostly spread by geeks and Gen Y. That’s not quite right. It’s often some of the most influential thought leaders in your industry. People that can help make or break your conference.

Another misconception is that the Big Tweet Theory was a sudden explosion of blue bird tweets. Something that happens only in the wilderness by wild unruly Tweeps and that Twitter is unused by cosmopolitan, sophisticated conference attendees today. That’s not accurate either.

The Big Tweet Theory is an attempt to explain how it developed from the minds of some smart people and into many conference and tradeshow venues today.

Summing up The Big Tweet Theory is a challenge. It involves concepts that contradict the way we perceive traditional meetings and societal norms. It goes against the grain that attendees must sit passively in a ballroom, looking forward, listening to the presenter. The earliest stages of The Big Tweet Theory focus on a moment in which all the separate forces of the conference environment were part of a unified force. There, the attendees begin to experience similar emotions, feelings and thoughts. They turned to the backchannel to share those insights with others. They were dissatisfied with talking heads, script readers, no time for Q & A and boring lectures.

The Big Tweet Theory explains the various phases of what happens when people begin using Twitter for the conference backchannel.

Phase 1 – The Birthing Announcement: Hello Twitter. Look what I can do.
A conference attendee posts their first few tweets. The attendee experiences a range of emotions about using the backchannel. It seems new, odd, fearful, fun, stupid and exciting. People step into their first conference tweets with mixed feelings of apprehension and exhilaration. Many write their first tweets about their earliest impressions of using the tool. The Big Tweet Theory has begun.

Phase 2 – Sharing The Blue Bird’s Kitchen Sink: Here’s everything that’s happening.
As Tweeps become more comfortable with the Twitter tools and the backchannel, they post every detail of everything they hear and see. Their tweet flood overwhelms many that are following them. Tweets of conference foods, sights, smells and sounds along with word by word note taking of presenters may seem daunting to some. The Big Tweet Theory expands.

Phase 3 – Restraint And Insight: Communicating the good stuff
Tweeps have perfected the use of the backchannel and post bite-size highpoints from the conference. Often their tweets contain links to more detailed conference blog posts, additional resources and provocative thoughts. Followers begin to realize that their missing out on great education and networking. The Big Tweet Theory matures.