Walk into most annual conference sessions and what do you see? What do you hear?

You’ll probably hear and see the same thing in each room. One voice talking at a time. A speaker or panelist at the front of the room talking to a group of attendees. The attendees are sitting theater style facing the stage looking at the back of the heads in front of them. Inactivity and passivity reign.

Rarely will you walk into a conference session and find the room buzzing with activity as attendees participate in their own learning.

Most conferences are stuck in a rut, repeating the same session processes and procedures of their first events without little change. The content changes yet the format or presenter strategies don’t.

The lecture or panel is the primary format used with the majority of the conference sessions. It is designed for efficiency of the planner and presenter, not for the effectiveness of the attendee’s learning.

Traits Of The Homogenized Conference Experience 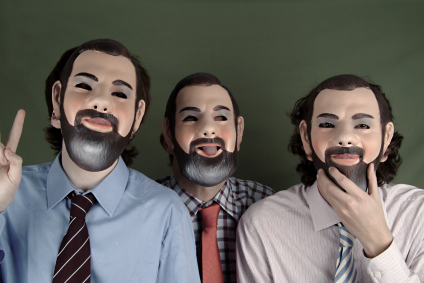 Many conference organizers and presenters demonstrate similar fundamental beliefs that all attendees:

With nearly three decades of research and science on how the mind works, learns and retains information, there is still a great gulf between the research and education practices, especially within the conference format. Unfortunately, there is not one educational prescription approach that best serves all conference attendees. At the practical level, any uniform educational approach is likely only to serve a minority of the attendees.

Traits Of The Personalized Conference Experience
Conference organizers and presenters have to yet to embrace human differences seriously.

When a topic has been approached from a number of different perspectives using a variety of learning strategies, more attendees are reached with the information. When a presenter uses an assortment of presentation techniques such as case studies, discussion groups, lectures, role plays and simulations, the presenter has provided multiple windows leading into the same room. The presenter has acknowledged that each attendee learns differently.

How can conference organizers provide personalized and customized conference experiences for mass audiences? Is allowing attendees to self-select the presentations they attend enough to customize their experience? Why do you think it’s important to involve attendees in their own learning?