He starts his book with this paraphrase of the famous 1992 James Carville quote, “It’s the economy, stupid.”

Qualman says it’s only a slight change of words but a drastic adjustment in business and social philosophy. It’s Socialnomics, a far-reaching revolution that will continue to evolve for years. 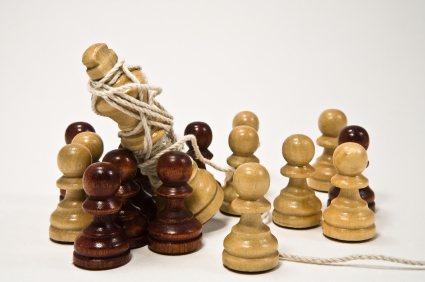 One of the concepts Qualman discusses is the traditional advertising model versus the socialomerce paradigm.

Traditional advertising and sponsorships models use a broadcast interruption process, interrupting a TV program, radio show or your webinar. The old paradigm is to play a commercial at the beginning, middle and end of a podcast, radio show, television program, webinar recording or video. The audience views the traditional interruption model as disruptive. Today, many viewers use a DVR to record television shows and fast forward past the advertising.

With the rise in popularity of online content distributed through social media, many businesses and organizations have moved their important content online. Qualman believes that inevitably all broadcasts will eventually be pushed through the Internet. Many nonprofit associations are also live-streaming and recording conference content for replay online. Often they edit the content and wrap it with advertising or sponsor messages.

Today, some businesses and nonprofits are trying new approaches. Marketing and promotion budgets that historically were devoted to ads for magazines, radio and television are moving to digital channels. Why? Qualman identifies three reasons:

What businesses are discovering is that the traditional interruption advertising model is not working as well for digital content and online broadcasts. Organizations need to find new ways to highlight sponsors and advertisers and deliver bang for their buck.

Here are six sponsor tips for your online audio and video content.

1. The advertising needs to stay as fresh as the content.
Don’t just repeat the same commercial for every podcast or video. Remember, your podcasts and videos usually have a loyal listener following as people don’t flip channels and land on something of interest like TV. Keep the advertising fresh and unique.

2. Integrate advertising messages into the show where appropriate instead of wrapping it around the outside of the content.
Take a cue from ESPN Fantasy Football, one of the most downloaded podcasts in Apple iTunes. Its hosts Matthew Berry and Nate Ravitz are pros at integrating sponsor messages, often in tongue-in-cheek pop culture commentary. They know their listening audience and script creative humorous running shtick incorporating their sponsor placement. This allows the advertising to become an integral non-intrusive enhancement to the show. Their sponsors also allow the hosts to say what they thought about the product, even if it includes some negative phrases. By pointing out flaws, it gives the sponsor more credence when pointing out strengths.

3. Shorter advertising segments have higher recall.
Hulu, the 2008 sixth most-watched video content provider, has more than 43 million unique monthly visitors and 924 million streams as measured by comScore December 2009. They have surpassed TV giants CNN, Disney, ESPN and MTV. Traditionally, a 30 minute television show has eight minutes of advertising. Hulu understood the dynamics of socialnomics and limited 30-minute programs to two-minutes of commercials. According to an Insight Express survey, Hulu advertisers saw a 22% increase in ad recall and 28% increase in intent to purchase with Hulu’s shorter advertising model.

4. Allow users to select the format in which they want to receive advertising.
In some cases, Hulu allows users to receiving advertising in one big chunk, or have it spread out in traditional format. The users decide.

5. Indicate the time length of the advertisement.
Hulu found that if they let viewers know it’s only a 30-second commercial, the viewers were less likely to leave the site. Hulu’s research shows that users are appreciative of sponsors because they are making the content available online for free. This doesn’t work for traditional broadcast television when users pay $100 for cable or satellite services. Indicating the length of the video commercial increases the likelihood the viewer will watch it.

6. Allow users to rate advertisements with thumbs-up or thumbs-down approach.
Hulu’s executives understand the dynamics and engagement principles of social media like Facebook, LinkedIn or Twitter. Using similar socialnomics tenets, they allowed viewers to rate commercials with thumbs up or down.

Successful online video and audio content providers are embracing socialnomics, and new advertising and sponsor paradigms. Their goal is to avoid marginalizing the viewer experience of putting the advertiser ahead of the real client–the viewer. Currently, their models are working for a digital culture.

What are some other successful ways of promoting sponsors and advertisements in digital formats? What do you think of Hulu’s online commercial strategy or ESPN’s Fantasy Football podcast approach? Could these approaches work for conferences and event sponsorship?