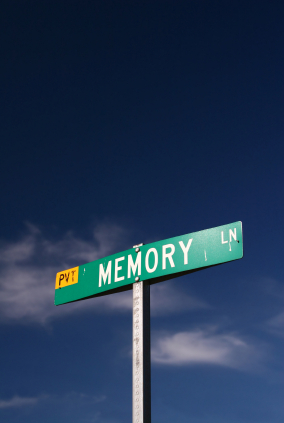 Take a stroll with me down memory lane.

Imagine your favorite food that your mom, dad, grandmother, grandfather or other relative used to cook for you.

Got it in your mind? Recall how it looked, it smelled and tasted.

Now, close your eyes and think about where that food was lovingly made. Where are you in your mind? Your mom’s kitchen? Your grandparent’s home? What does the kitchen look like? What do you smell as it’s being cooked? As you think about that food, where it’s made and the aromas, what memory is triggered? What do you recall? How do you feel?

For me, I recall my tiny Great Grandmother Hurt in her gingham blue and white dress, covered with her favorite white apron. It’s early morn and she’s singing in the kitchen. The kitchen is small, with off-white and yellow walls trimmed in blue. A small area rug covers a magical door in the floor that opens to stairs. They lead to her basement, which is full of her canned foods fresh from her garden, homemade jams and jellies.

The aroma of cinnamon, butter and homemade bread waft through her house. My body is flooded with the emotions of excitement, anticipation and joy. She’s making her famous cinnamon toast just for me. The cinnamon and sugar on top is a dark brown, hardened like the sugar on top of Crème Brule. As I bite into the toast my tongue is flooded with the sensation of butter, home made bread, cinnamon and sugar. It’s crispy and sweet to the taste. Only Great Grandmother Hurt could make it like that.

This mental journey highlights how our brains access our emotional, episodic and procedural memories.

The Five Memory Lanes
For learning to be permanent, it has to follow specific paths or lanes. The brain has at least five memory lanes—automatic, emotional, episodic, procedural and semantic—that can be used for permanent storage of information. Some neuroscientists have identified additional lanes as well.

These lanes are like grocery store aisles. Go to the correct aisle, and you’ll find cinnamon and sugar for cinnamon toast. Go to the wrong aisle and you can get frustrated trying to find something. Just like grocery stores, each of these lanes serves as gateways to specific areas within the brain for accessing memory and learning.

Each of these memory lanes contain either explicit (voluntary) or implicit (involuntary) memories. Explicit memories deal with facts, places and words. Episodic and semantic memories are explicit. Implicit is a compulsive response to an experience or stimulus. Automatic, emotional and procedural memories are implicit.

Let’s take a look at the most powerful of all memory lanes: emotional memory. We’ll cover the other four memory lanes in the next post.

Emotional Memory
Emotional memory is the most powerful of all memory lanes. It is located in the amygdala (uh-mig-duh-luh) in the forebrain next to the hippocampus. This brain filing cabinet holds all the folders containing a variety of experiences that made you happy, sad, fearful, excited or any other feeling you can imagine.

The brain gives priority to emotions. When an experience enters the brain, the amygdala will grab that information and go to work. This is the part of the brain that can highjack your emotions with a fight or flight response if it is a negative experience. The emotional highjack can cause a lot of havoc by creating a stress response. During a stress response, cortisol and adrenalin is released and suddenly it’s impossible to think logically. All of the memory lanes become blocked and learning stops. This is something you want to avoid creating in conference experiences—negative stress responses.

Because of the power within emotional connections, conference organizers need to capitalize on how to create meaningful experiences that engage emotions and increase learning.

Here are several tips on how to engage emotional memory in conferences and events.