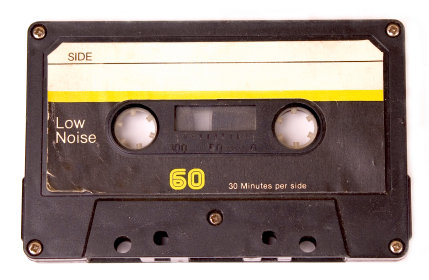 Treating Knowledge As Stuff And People As Containers For That Stuff

In the Western world, we treat knowledge (facts) as substance. We have a belief that we can open someone’s head and pour knowledge into it. We have treated education, whether at conferences or in educational institutions, as a substance that we can pour into a receptacle. The trouble is that treating knowledge as a substance is incorrect. And believing that our minds are receptacles able to receive, record and replay knowledge at a whim is incorrect. Getting knowledge into our minds is a lot more complicated than we thought. Even further, getting us to act on that knowledge requires a different set of steps than getting us to remember it.

We have also bought into some powerful theories (hypotheses, assumptions, guesses) that the best way to pour that knowledge into people is based on how people want to receive that knowledge. We’ve adopted beliefs that people have their own preferences or learning styles to receive information. We believe that different generations have different learning styles too. All of these points have now been proven to be wrong. These theories were not rooted in facts, science and proven research.  People are not receptacles that you can just pour information into and expect results. It just doesn’t work that way. (If it did, we would have a lot more successful conferences and education institutions!)

In a previous post I discussed my own challenge with Learning To Unlearn, Learn And Relearn, especially as it applies to education theories and models. I’m still shedding old models and adopting new ones. Here are a few I’m shedding.

Learning Styles Theory is a hypothesis that one style of instruction or learning might be good for one person and not the other. Learning Styles are tendencies to learn or think in a specific way, for example to think globally (holistically) versus logistically (sequentially or one thing at a time). Instructors should then present information both globally and logistically to meet different learner’s needs. Some people refer to it as cognitive styles (how we think). There are more than 71 learning style theories from David A. Kolb’s Experiential Learning Theory to Dunn & Dunn’s Learning Styles Inventory to Myers-Brigg Personality Traits. But are they based on solid science?

Learning Styles And Pedagogy: A Systematic And Critical Review examines 13 models. It highlights the holes in these theories and their lack of empirical research and evidence.

VAK/VARK strategies are probably one of the best known learning style theories within the hospitality and meetings industry. (They were originally known as VAK strategies and later updated to VARK.) It posits that each person has a preferred way of receiving information to learn. People are identified as visual (V), auditory (A), reading/writing (R) or kinesthetic learners (K). The theory claims that visual learners have a preference for seeing (think in pictures), auditory learners favor listening (lectures), reading/writing learners choose words and kinesthetic learners prefer learning by experience.

Cognitive scientists have proven that people do differ in visual and auditory memory abilities and some are better at visual or auditory memories than others. But we don’t store all of our memories as sights or sounds. We store memories based on their meaning. Meaning is independent of sensory details.

Cognitive scientist Daniel T. Willingham has written and discussed why VAK/VARK strategies are incorrect. See for yourself.

Similarly, neuroscientist John Medina’s Brain Rule #10 says that “Vision trumps all other senses.” Interesting that brain science says the vision is our most dominant sense, taking up half our brain’s resources. That fact alone flies in the face of VARK’s theory that only some people are visual learners.  All of us are predisposed for visual learning.

In the mid 1980s, Harvard Professor Howard Gardner’s book, Frames of Mind, introduced the theory of multiple intelligences to much fanfare. He proposed that there are eight intelligences: Bodily-Kinesthetic, Interpersonal, Intrapersonal, Linguistic, Logical-Mathematical, Musical, Naturalist and Spatial.

Educators were not so much interested in Gardner’s theory as they were with three claims that got associated with his work. He has clarified his views and these claims in his book Multiple Intelligences: New Horizons.

Claim A: There are eight types of intelligence.
Evaluation: Westerns get stuck on the word intelligence, seeing it as fixed and not something that can change or be improved. Amazingly Gardner used the words intelligence and abilities interchangeably. He himself has commented that these intelligences are actually talents and that the theory of multiple talents would not have received as much attention.

Claim C: Instructors should introduce new content using all of the intelligences.
Example, when discussing recession, students should write poems about it, sing songs, look for evidence of recession in nature, etc.
Evaluation: We can get others interested in content if we appeal to their talents, abilities or strengths. However, that doesn’t mean these eight abilities are interchangable. For example mathematical concepts should be learned mathematically not linguistically. (Example: Writing a song about how to swing a bat does not improve a baseball player’s swing.)

My Oath To Learn To Unlearn, Learn And Relearn

As we as a society move forward, I want to embrace unlearning as a trait. I don’t want to be stubborn, holding on to outdated beliefs that I perceive as accurate or popular. I’m making a vow to continue to shed outdated models and embrace new ones. You can even call me out when you think I’m being obstinate.