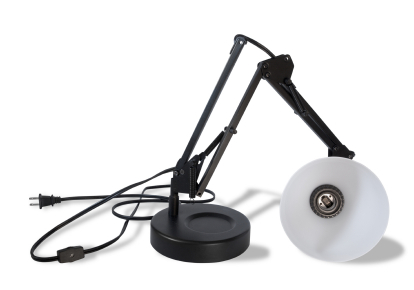 As a child, one minute I would be fighting with my sister over who was going to sit in that special chair. The next minute we would be playing together as if nothing ever happened.

Who Broke The Lamp?

My sister and I actually have a long-standing disagreement about who broke the lamp. We both smile whenever one of us mentions it.

I was in elementary school and my sister was just staring kindergarten. We were tumbling and doing cartwheels in the living room. Our tumbling turned into a light-hearted pillow fight. Then one of us accidentally hit a lamp with the pillow. Naturally, it fell off the table and broke. The unfortunate thing was that lamp was a gift from my grandmother to my parents. We both blamed each other for the incident.

What’s amazing about this life-long disagreement is that we joke about it often without pushing each other’s buttons. We have mastered the art of disagreeing without being disagreeable.

Recently two bloggers I regularly read have both addressed the issue of conversations and disagreement.

Disagreeing Without Being Disagreeable

Amber says, “Conflicting ideas, dissenting viewpoints, differing opinions are healthy and a really good thing. They stretch our minds, broaden our perspectives, and help us understand people and their motivations just a little bit more.”

I like her statement. I suspect you do too.

She states that sometimes we “…ferociously defend our right.” Yep, I can identify with that statement. And she discusses how disagreements can disintegrate into a “quick to lynch” mentality. I concur and even sometimes resemble that view too. (My bad! Is there a hidden camera in my office?)

She says, “I encounter so many who enter conversation as if it were a boxing ring. Rational arguments raised as fists in both a protective and aggressive stance.”

I’ve experienced that when people accuse me of having an ulterior motive or agenda. And, I’ve even been the one with raised fists. I prefer open arms to raised fists any day.

Valeria continues with some great clarifying questions that helps people explore conversations with differing views. She is a wise women.

Social media opens the door to allowing people to voice their opinions, thoughts and ideas. Sometimes those ideas are contrary to our own thoughts and perspectives. Sometimes they are likeminded. No matter what the perspective, it’s how we respond to differing viewpoints that tell us a lot about ourselves.

Who Really Broke The Lamp?

Oh and regarding that broken lamp. When my sister and I became adults, we found out that Mom actually hated that lamp. She told us that it had a crack in it when she got it. She was actually glad that we knocked it off the table and broke it. I think she actually broke the lamp.

In today’s society of open dialogue and communication, we could all use a little more practice at exploring conversations with differing views. It’s definitely a skill we need to acquire for online and conference conversations. The more we practice it, the better we’ll become at it and the more we all learn. Who knows? We might just discover later that there are other facts we didn’t originally know that would change the entire discussion.

How does your organization invite differing views and perspectives? What tips can you offer for learning to disagree without being disagreeable?