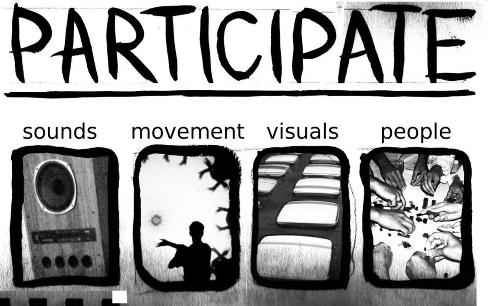 Adapted from an image created by by matthewvenn

Roughly two-thirds of adult Internet users have created content and media for the web. The number of adults who use the Internet to broadcast or narrowcast to several people or more has gone from less than a tenth of the population in the 1990s to more than half the entire population in the early part of 2010. (Networked Creators, Pew Internet & American Life Project)

Nearly three quarters (73%) of online teens and an equal number (72%) of Millennials (18-29) use social networking sites to create some type of online shareable content. In comparison, between April 2009 and May 2010 social networking use among internet users age 50-64 grew by 88%. Older generations have entered the content creation and sharing aspects of today’s social networks as well. (Pew Internet & American Life Project 2004-2010)

Creating and sharing content online is no longer a participatory phenomenon for teens and GenY only. It is ubiquitous and growing regardless of age, race, culture or other divide.

Adults, from Millennials to Baby Boomers, are involved in today’s participatory culture.

A participatory culture is a culture with relatively low barriers to artistic expression and civic engagement, strong support for creating and sharing one’s creations and some type of informal mentorship whereby what is known by the most experiences is passed along to the novices.
Henry Jenkins, Confronting The Challenges Of Participatory Culture

A participatory culture is one where members believe their contributions matter. They feel some degree of social connection with one another. They care what other people think about what they have created and shared.

Shaping the flow of media such as blogging, podcasting, video-sharing

The Benefits Of Participatory Culture

This involvement in creating and sharing content has reshaped the patterns of influence in today’s world.

Associations as organizational institutions have been slow to react to the emergence of this new participatory culture. They continue to use their established hierarchal committee structures to receive feedback, direction and advice from their members. Active participation is limited to a few individuals that are chosen to serve on committees, councils and task forces. This leads to increased membership frustrations from those that want to participate but are limited to annual membership surveys. It also exacerbates the organization’s snail pace of change, mediocrity, status quo and a lack of innovation.

Association leadership must find new ways to ensure that every member has access to become a full participant in the direction of the organization, its programming, conferences and events. Members are no longer willing to be passive observers and consumers of information only. They want to participate through co-creation, collaboration and networking. Every member and conference attendee deserves the chance to express him- or herself through involvement, contribution and input, even if many choose not to participate.

Smart association leaders and conference organizers must find new ways to engage members and attendees in all parts of the development, production and distribution of content, programming and experiences. Today’s participatory culture is reworking the rules by which associations, conferences, events, cultural expression, civic life and work operate. In a world in which the line between consumers and producers is blurring, adults find themselves in situations that no one would have anticipated a decade or two ago.

How is the participatory culture changing your beliefs about association involvement and conference attendance? In what ways do you want to participate more with your association or conference experience?