Disruptive forces are significantly reshaping the world of work and the meetings industry.

Some of these changes have been brewing for a decade or more. The recession exacerbated their influence and speeded up their effects. Companies that survived the downturn need to shift their focus to surviving the upturn. We are not ever going to get back to normal. A new way of business is emerging for everyone, everywhere.

Here is the slidedeck from my presentation about those Tides of Change to the 9th Annual PNW Meetings Industry Summit sponsored by Washington State Chapter MPI and Pacific Northwest Chapter of PCMA. A list of the four major waves, its tides and my resources are also listed. 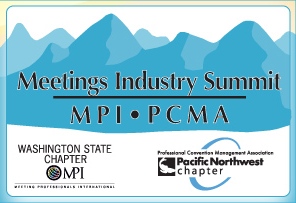 What wave or trends do you think will have the most immediate impact on the meetings industry? Which trends excite you?