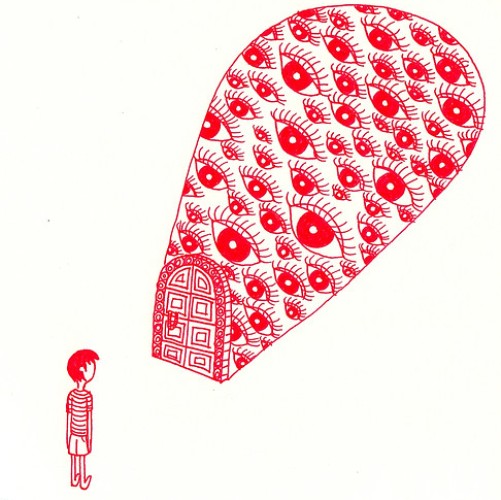 The doorway to collaboration and stakeholder involvement can be scary. Image by zooka.

Collaboration and stakeholders. Two words that strike fear in many association executive hearts.

Yet, most associations were built on the foundation of involving all members, giving all members a voice and a vote, and allowing all stakeholders an opportunity to collaborate.

1. A collaborative environment where all stakeholders are involved.

Most association programs limit stakeholders’ involvement. They tend to ignore external stakeholder groups like suppliers. Successful associations invite everyone with a stake in organization’s success to be actively and equally involved. The more participants and interactions between participants, the more acceleration in performance improvement. Centralized, bureaucratic and command-and-control approaches are out. Leadership views collaborative environments as highly scalable and mobilizing large numbers of participants with diverse and deep specializations.

2. All stakeholders contribute to an awareness of current reality.

All matters that were previously considered taboo or sacred cows are now open for discussion. Staff, leaders and members can make wise strategic and operational decisions because the organizational-awareness of reality is comprehensive. The 21st Century association knows that they serve their members best, by serving their industry first.

Conventional Thinking: Leaders have the best handle on the reality, not staff, members or suppliers.

3. The gap between current reality and shared vision is self-determined and self-managed by all.

No longer is organizational change driven by senior management and implemented without modifications. The implementers have the freedom to adapt plans to their situations.

Traditional Thinking: Change is best imposed on all by executives and board leaders.

4. Everyone has a say in shaping the association’s vision.

All association stakeholders have a say in shaping the vision of the future. No longer does the executive director or board chair outlines her vision and expect everyone to align with it. Co-creation of the vision for a shared vision is reality.

20th Century Thinking: An elite group of hand-chosen experts, loyal members and executives shape the association’s vision. Some changes are made based on the agenda’s of leaders desiring to leave their mark.

6. Systems thinking is used and rewarded.

Strategic thinking is no longer formed on simple models of cause and effect. All stakeholders view association issues as messy chaos. People embrace multiple causes and effects and patterns of behavior. People take responsibility for what happens because control is an illusion. Failure is embraced as feedback.

Traditional Thinking: Logical, linear thinking is rewarded and it produces sequence of steps leading towards a fixed goal.

7. Planning and implementing are simultaneous.

Conventional strategic planning, plan it then implement it, requires time to be suspended while planning occurs. The plan-implement strategy sequence is seamless and not viewed as separate activities.

What other 21st Century stakeholder principles would you add to the list?