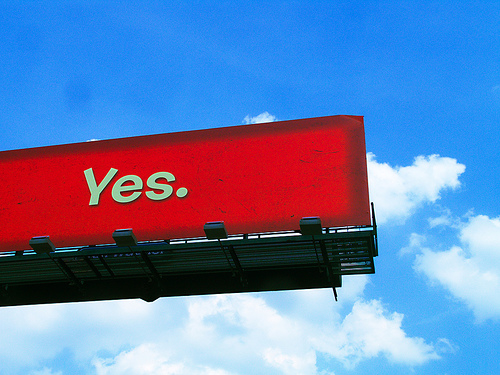 About a year ago, I learned about a term used in the hotel industry known as “The Billboard Effect.”

Chris Anderson Ph.D., assistant professor at Cornell University, conducted a study on the impact of hotel reservations for hotels with or without a presence on Expedia. During the study, four hotels were rotated on and off Expedia for a three month period.

Three Findings About The Billboard Effect

My takeaway is that it is very common for buyers/shoppers to first visit a site that has rich information, conduct a search and then purchase direct. We all do it.

Do you think the Billboard Effect has implications in the tradeshow industry?

Without conducting a research project, here are my thoughts about tradeshows, exhibits and the Billboard Effect:

1. The bigger your booth, sponsorship and ad investment, the greater the awareness you create.

Some of that will be immediately measurable, and some may lead to direct or indirect opportunities when the time is right.

2. Many shows provide visibility well beyond the event dates.

With online booth listings and buyer’s guides, these shows provide visibility throughout the year.

3. If exhibitors and sponsors are absent from a major industry show, they will never benefit from the Billboard Effect.

Bottom line is that today shows are competing against other marketing channels that often provide better forms of measurement.

As a show organizer, you need to help exhibitors with meaningful measurements to best compete against these other marketing channels. One way to do it is to think about the Billboard Effect.

If you can create a good case for your show’s Billboard Effect, you will be armed with more ammo to close the sale. You’ll have the tools to sell consultatively vs. transactionally.

How do you think the Billboard Effect applies to trade shows? What recommendations do you have for exhibitors to capitalize on the billboard effect of your show?

Originally posted in TSNN.com and written by Dave Lutz.