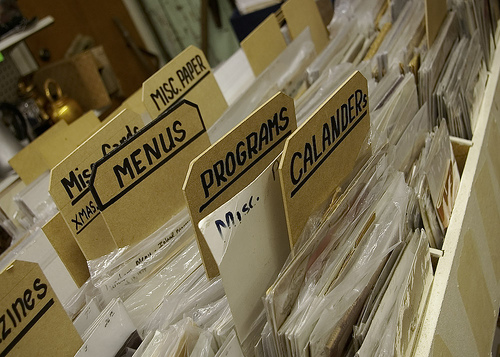 It was an opening general session with a marquee headliner. I was anxious to hear him. The session started to great fanfare and hoopla.

The Minute By Minute Replay

Fifteen minutes later, I felt like I was watching those hideous commercials that theaters play before the movie trailers start. I was Waiting For Godot.

The parade of association information, self-promotional, in-your-face “Hey member, look how great we are!” hype just kept coming. (If this association had only invested in providing good customer service and content to their members, they wouldn’t need the hype!)

Thirty-minutes later and the barrage of marketing and advertising continued. Were their pre-show commercials and movie trailers stuck on an infinite loop?

Forty-five minutes later and I felt like I was being subject to a faux-friend’s old, vintage vacation movies that meant nothing to me. It was boring and out-of-touch with reality.

Sixty-minutes later and the conveyor belt of association politicos and sponsor muckety-mucks along with the rehash of everything, every leader had done that year felt like a dog returning to its vomit. I wanted to leave. It was painful, gut-wrenching and nauseating.

Seventy-minutes later and my insides were screaming, “Make it stop!” This association water torture was reminding me why I did not want to renew my membership.

The Loneliness And Silence Amidst The Noise Is Deafening

Amidst all the association chest-thumping noise, I tried to hold the terrible silence at bay. That silence that occurs from lack of human connection. In a room of thousands, I felt alone. Was I the only one thinking this was an absurd waste of my time?

Finally, the main event arrived. He spoke for less than fifteen-minutes. They paid this speaker a double-digit fee to speak for fifteen-minutes and shake some hands in VIP receptions. I was appalled. Where could I get my money back?

What Was The Point?

What was the purpose of the general session? Why did this organization feel the need to push seventy-minutes of marketing hype? Was it because they held me captive in the opening session? Did they feel it was prime-time to force-feed me in hopes of brainwashing me on why they are so important?

This association’s mission statement says that education is their primary goal. Huh? In a ninety-minute opening general session, they wasted seventy-five minutes on cotton-candy fluff that is not going to have any impact on my job, my life or my profession. It was all about them.

Most general sessions are worthless because the majority of the information shared focuses incorrectly on what the organization does. The belief is that people are like computers, input information and output is controlled.

The key to a successful opening general session is listening to the member’s heart first. Then planning it around their needs. Create an experience that connects with them emotionally. Give them content that can improve their lives.

Disclaimer: The names have been omitted to protect the guilty. If you want to know who I am talking about, insert your favorite nonprofit association name.

Why do so many conference general sessions feel like unnecessary high-school reports of what I did this summer? How can we convince organizers to change their general sessions and give us relevant, useful information that can change our lives?