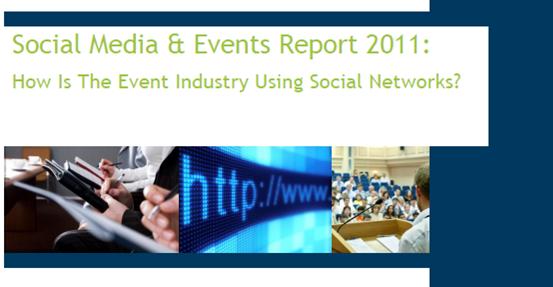 67% of event organizers do not monitor social media platforms.

37% of conference organizers only post up to three times per week in social media platforms.

These are just a few of the findings from a new 2011 social media and events study.

amiando wanted to show the relevance of social media to the events industry, understand its future potential, identify common problems and provide tips to event hosts when using social media. The report shows that social media is an important marketing tool for events and will continue to increase in importance.

amiando is offering free downloads of the report in exchange for contact information.

7 Important Findings At A Glance

Here are several important findings from the 2011 Social Media And Events Report.

LinkedIn (35%) and blogs (35%) are underused by event organizers. Organizers should actively find ways to increase the use of both LinkedIn and blogs as social media channels. Remember: don’t just play in the social media platforms where your loyal attendees are. Also play where you can reach new audiences.

3. Increasing awareness (77%) for an event is the top social media goal.

4. 66% met their goal of increasing awareness.

45% say they were able to increase customer loyalty. 44% said they met their goal to create a new communication medium. 40% were able to acquire new customers.

5. 54% of event hosts said “lack of time” was their biggest barrier to using social media.

6. Only 37% of event organizers use social media monitoring tools.

Monitoring social media is an important part of any successful strategy. Event organizers should be listening and monitoring first before they ever start sharing.

7. According to 78% of survey participants, Facebook has the highest marketing potential.

Social Media & Events Report 2011 illustrates that many event organizers already see social media as an important marketing tool. The report also identifies areas that need improvement like social media monitoring and expanding social media use into other platforms like blogs and LinkedIn.

What surprised you most from these finding about event hosts social media use? Why do event organizers see Facebook as having more potential than LinkedIn?