How much do you learn from your sight?

The majority of scientific and education researchers agree that about 75 percent of your learning is through your vision. Wow, that’s a lot.

According to neuroscientist Dr. John Medina, “The more visual the input becomes, the more likely it is to be recognized and recalled.”

Consider babies. They pick up behaviors by observing people around them. They mimic facial expressions. They process and interpret physical gestures and emotions from nonverbal communication. From a single glance, babies know if mom is happy or upset with them. This learned behavior never changes. Our moms can still give us that glance and we know exactly what it means!

Now consider two people on their first date. They dedicate a lot of their attention to each other’s body language more than the verbal communication. They watch each other’s gestures and faces intently trying to interpret if they’re connecting or not.

Neuroscientists state that between 50%-80% of our brain’s processing power is dedicated to seeing and processing our visual sense. Your visual sense is key to interacting with the world around you. And it trumps all the other senses when it comes to learning.

On average, people know the names of approximately 10,000 objects. We can recognize them by their shapes alone. By the time most children are six, they’ve learned and can recall the names of more than 2,000 objects. That’s one-fifth of what they will know in their lifetime.

Visual stimulation helps brain development the most. It also aids more sophisticated types of learning, both where we’re young and during our adulthood. One study showed that those who used visual presentation tools to convey information were 43% more successful than those that did not!

Once our brains see something a certain way, it tries to develop a memory of it. 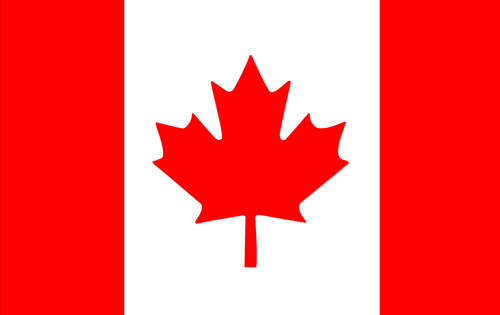 Think of the optical illusions you’ve seen in the past. For example, look at the Canadian flag with the maple leaf. If you look closely, you can also see two angry men head-butting each other. Can’t see it? Look for the pointed noses in the top right and top left deepest decreases.

Once you see it, you won’t forget it. From then on, every time you see the Canadian flag, your mind’s eye will flit between the maple leaf and the two angry men.

Your brain defaults to images for words, when it can. We remember images. We forget words. When we first start to read, our brain tries to interpret letters as images. Put several letters together and our brain has to think through each individual letter as an image. At some point, it reads combined letters and thinks of the image, instead of the word.

Educator Jay Cross says it best, “We humans are sight mammals. We learn almost twice as well from images plus words as from words alone. Pictures translate across culture, education levels and age groups…the richness of the whole picture can be taken in at a glance.”