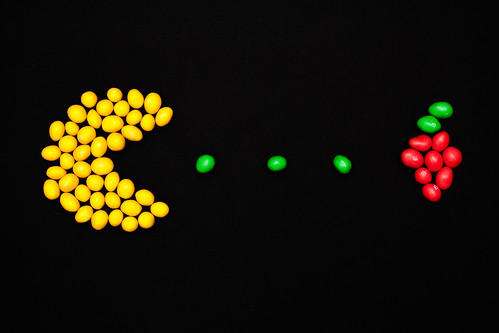 Gamification. It’s a weird word for sure.

It includes the word game that many of us know from our own childhood experiences.

Well, sort of. It means that game fundamentals can apply to education, instruction, learning and real-world work with positive results. And gamification is a trend in corporations, conferences, education, online communities, retail and more to increase customer, employee and student engagement.

What Is A Game?

So, what exactly is a game?

According to Ralph Koster’s work A Theory Of Fun, “A game is a system where players engage in abstract challenges, defined by rules, interactivity and feedback, that results in a quantifiable outcome, often eliciting an emotional reaction.”

Professor Karl Kapp takes Koster’s definition and breaks it down even further. Let’s look at some of Kapp’s concepts of a game’s elements. (Paraphrased.)

A set of integrated elements that take place within the confined space of the game. Each part of the game affects the other parts. Scores are linked to behaviors and actions that are directly related to a strategy or movement of pieces. Rules limit actions and behaviors.

No not the slang word for players who play the relationship-meat market! It’s people interacting with game content or others playing the game.

Note: The mere act of playing the game often results in learning. Learning is one of our real goals in conferences and education.

Games typically mimic reality in an abstract way. They take place within the confines of a safe space that allow for failure without the consequences of real life. No one gets hurt or causes real damage in a game. It’s a fake experience modeled after the real world.

Players try to achieve specific goals or outcomes. These challenges involve some degree of complexity and level of difficulty. The game looses its appeal when it becomes boring.

Rules define the parameters of a game. They define the sequence of play, how to win and what is and isn’t fair.

Players interact with other players, the game’s content and the game’s system. Interactions drive the game!

This is a critical element of all games. Players receive instant, direct, clear and concise feedback on their strategy and moves. This allows players to make changes and corrections based on positive and negative feedback.

Note: Feedback is also a critical tool for learning and frequently absent from conference environments and didactic (lecture) based instruction.

A score, level or winning state clearly define an outcome. This distinguishes a game from play that has no concrete outcome or ending.

Games invoke emotions. We have all experienced the thrill of victory and the agony of defeat.

Together the sum of these elements are greater than their individual parts and combine to create a great game.

As Kapp says, “A player gets caught up in playing the game because the instant feedback and constant interaction are related to the challenge of the game, which is defined by the rules, which all work within the system to provoke an emotional reaction and finally result in a quantifiable outcome within an abstract version of a greater reality.”

Which aspects of a game do you most enjoy or dislike? How does playing a game increase learning and retention?