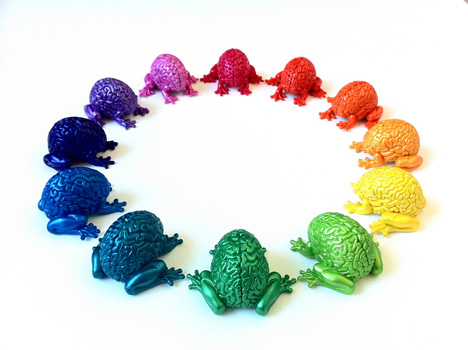 No, it’s not the attractiveness of the destination, although it does help. Nor is it the opening, marquee speaker. (Two-thirds of recent responders to the 2013 Speaker Report: The Use Of Professional And Industry Speakers In The Meetings Market say that a big name does not attract registrants to their event. It is nothing more than just that, a big name.)

According to studies by ASAE, MPI and PCMA, people attend conferences for networking and learning (education.) If those are the top two products that our conferences are selling, doesn’t it make sense that we should focus on improving those two products?

Here’s how one association, The NeuroLeadership Institute, reimagined their conference agenda for their annual Summit with a focus on networking.

Their leadership realized that bums in seats goes against how the brain operates. Instead, they created purposeful, meaningful participant experiences. They focused on attendees’ real goals of useful new ideas and new human connections.

These cognitive psychologists and neuroscientists, led by Dr. David Rock, know that social matters to the brain and to each attendee. Every time the group met in one large ballroom for breakfast, lunch and dinner, they facilitated a structured network activity. The leadership intentionally removed formal programs from these meal programs and asked attendees to sit with people they did not know. They encouraged attendees to network and connect during these functions. This equaled 4.5 hours of unstructured social and networking time with other each day.

Yet the NeuroLeadership Insititute didn’t stop there. In every formal session, they required speakers to spend 5- to 10-minutes at the beginning of each session where attendees met others at their tables through some formal networking experience. Each attendee could attend a total of 12 sessions throughout the conference and meet eight other people at their table each time. That led to a minimum of 96 new human connections.

And these leaders took it even further. They provided another 12 hours of social time through breaks and receptions with a focus on networking and connections.

All conferences can take a lesson from the Neuroleadership Institute’s Summits by placing a high value on social and human connections.

What are some other ways conferences can add networking to the agenda? What unique networking experiences have you enjoyed?