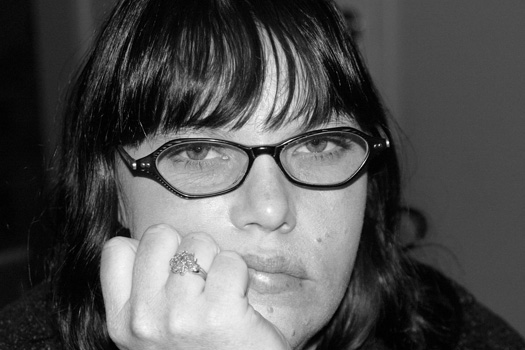 Are you part of the 87% of workers that are bored at work?

According to Gallup, the bulk of employees, 63% are not engaged at work. They lack motivation and are less likely to invest initiative in organizational goals or outcomes.

24% are actively disengaged. They are unhappy and unproductive at work. And their negative attitudes are contagious as they spread to their co workers.

A brain that is in automation is a bored, unengaged brain!

Meeting professionals often rely on memory or the way they’ve always done things during the planning process. We turn to automatic pilot when organizing conferences and events.

The brain is always looking for ways to conserve resources and energy. Whenever it can, it cuts corners. It automates some processes so that it can free energy for other things.

The challenge is that doing things the same way all the time actually bores us and decays the neuron connections in the brain. We must change in order to engage.

Neuroscientist Sandra Bond Chapman points out that when we perform tasks by automation, our brain’s connections are not continually strengthened. In fact, just the opposite happens as rote behavior rots our brain’s potential.

Relying on memory and automation to create conferences and events has two primary disadvantages:

1. It rots the brain…just ask the monkeys.

Because we are no longer using rote information thoughtfully and reshaping it to be creative thinkers, our brains’ connections are no longer strengthened and begin to decay.

Dr. Michael Merzenich of the University of California, San Francisco, studied monkeys and skill development. He put food pellets in large cups outside of their cages. The monkeys would reach through the bars to grasp the pellets and then eat them. They practiced this process several times for several days using four cups of decreasing sizes. Once they would master the wider cup, Merzenich would switch to the next smaller size. By the end of the experiment, the monkeys were extremely skilled at using their fingers.

Here’s the interesting twist. The area of the monkey’s brain responsible for this activity grew in size and continued to grow. After the monkeys mastered the final cup, that brain area begun to shrink. The skill became more rote and automated. It was delegated to a lower portion of the brain and the frontal part of the brain, the cerebral cortex was no longer needed.

According to neuroscientists at Harvard Medical School, Boston and Hadassah University Hospital, Israel, the same thing happens to humans. New skill acquisition requires more neurons to master thus growing the brain. Once the skill is acquired it is moved to another area of the brain and becomes automated. The original part of the brain responsible for the skill begins to shrink and the neurons connected to that skill begin to rot. We don’t think about doing that skill anymore or how to do it differently.

2. If we learned the skill shoddily, we automatically perform it defectively.

Our brains will want to continue to do this skill incorrectly and will fight change. Doing something wrong and doing it ineffectively and inefficiently can actually look better than doing the skill right effectively and efficiently. Undoing this bad habit takes tremendous conscious effort and work. We rarely see immediate results from changing the behavior. During the new process, the brain is performing the right task but inefficiently, at a slower pace and awkwardly. It feels all wrong. We have to trust that the new way will eventually become automatic as well.

The challenge with doing things the same way in automation is that our brain is neglected and can decay. And we miss opportunities to be innovative and creative.

We need to use high-level thinking skills–authentic thinking, decision-making, problem-solving, estimation, judgment, evaluation and analysis—to engage the brain. And that happens in the frontal lobe of the brain, which links information across other brain regions.

Memory works independently of the strategic thinking of the frontal lobe. It’s your frontal lobe that is most adept at transforming information into bigger, original and more creative ideas. Trying to remember too many details counteracts with the frontal lobe thinking.

To be more innovative and creative, to be more engaged and avoid boredom, we need to go full frontal as Dr. Bond says! It’s time to invest in your cognitive command center for ingenious thinking daily!

If there is no downside to thinking more strategically, why do we avoid it? What steps can we take to use ingenious thinking daily as we plan conferences and events?