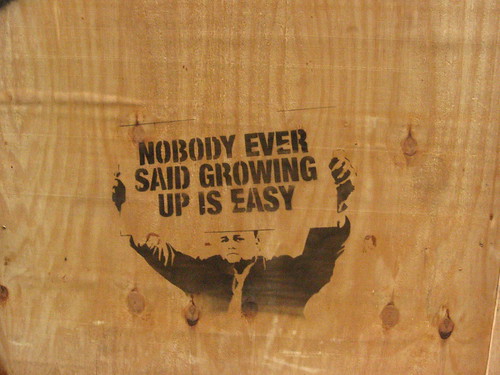 So what’s the difference between a growing, healthy conference and a declining one?

These mindsets have a huge influence on a meeting’s outcomes. Here are five leadership attitudes that impact conferences. Which ones do your leaders have?

The only metrics that conference leaders should review and evaluate are those that help them make important decisions.

Some metrics are like vital signs of the conference. Loyalty rates, percentage of those in education session at any time versus total attendees, top 20 customers investing the most in the meeting are actionable metrics. They include who is coming to the conference more than how many attended.

Some metrics—like number of paid attendees—are vanity metrics. They make the conference leadership feel good but they don’t offer clear guidance on what to do for the future.

Many vanity metrics roll up averages instead of allowing leaders to identify opportunities in outliers. They also compare annual revenue and expenses instead of percentage invested into the attendee experience.

Leaders of declining conferences focus on the vocal minority’s preferences.

Veteran and long time member James felt that the lunch décor was lacking and that we should recognize from the podium members who have attended 20+ conferences as well as those members who recently died.

Board members Sue and Sam want to move the locations of future meetings to their home town and favorite cities.

And so conference planning teams respond. They try to please everybody.

In reality, declining conferences bend to the preferences of a few.

The difference between these two is deadly or life giving says Nieuwhof.

Leaders from growing conferences are proactive. They act on issues that can impact their target customers’ futures.

Proactive conference leaders refuse to yield to the agendas of others that take them off their mission. They are biased at being out in front of their target audience and leading them.

Leaders of growing conferences act! They act now. Not two years from now.

Leaders of declining conferences don’t say they won’t act. They just say they will act eventually. Or later. Or some day. Or when the time is right—which is code for “not on my watch.”

5. Meeting For Talk Versus Action

Too many conference planning teams—boards, volunteers, advisors, committees, staff—meet for the sake of meeting. It’s an all-hands-on-deck status update.

If you serve on a conference planning team—committee, board or staff—and you can’t remember the last time you made a major decision that changed the course of your conference strategy, your leaders are wasting time. If you spend your time debating menu selection, room set-ups or other logistics, you’ve lost the vision and strategy for that event. You’ve become focused on execution versus outcomes.

Should you act on everything? Yes. And No. If you’re not going to act on it, remove it from the planning agenda.

Make a decision and move on.

What other leadership attitudes would you add to this list? How do we help conference leadership focus on the right attitudes?