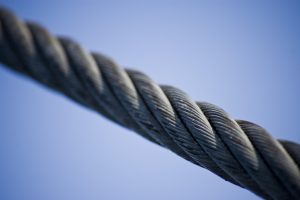 Having recently consulted with a major professional association on the sustainability and long-term growth strategy of its women’s leadership conference, I was motivated to attend a leadership forum for women in our own industry: IAEE’s Women’s Leadership Forum, which took place at the new MGM National Harbor in early May.

Here are some of the key learnings I took away from the Forum, many of which can be applied to any aspiring professional or any conference.

If you’re a woman, never go to your boss asking for a raise because a man makes more than you. Having research about pay scales can add to your business case, but better yet, be able to show your value to the organization. Take notes when someone compliments you or sends you written props, when you’ve saved the company money, brought in revenue over and above expectations, helped your organization make a strategic leap or volunteered for projects or work that are not part of your job description. Oh, and by the way: NEVER say it’s not my job when someone asks you do something (a top pet peeve among the women attending the Forum).

2. Advocate for an advocate.

From a woman’s viewpoint, it’s best to have an advocate who will represent your interests in a room or a discussion that you’re not privy to. This point was made not only during a panel of CEOs about engaging men as advocates (man-bassadors) to pioneer gender equality but also in a presentation by Jay Newton-Small, author of Broad Influence: How Women are Changing the Way America Works. She told a story about women—in power—being excluded from some major decision-making meetings during President Obama’s first administration. Rather than being competitive, key women banded together to form a network so they’d be aware of when they were being excluded. During a critical Oval Office meeting, which they had not been invited to, “they walked in, sat down and started participating.” The men in the room got the message and the women weren’t excluded again. It’s important to know your advocate is truly making your case, and not just giving you lip service. As for the women in the White House? They knew they had each other’s back.

The panel also made the point that making more money may not be the most important motivator for a woman. If work/life balance is important to you, be prepared to ask for time off, work at home options, or flexible hours rather than salary increases. Here’s a recent article from Harvard Business Review about how to ask your boss to work from home.

A consistent message: Women will rise to the top because they are consensus builders. In the panel discussion, Gary Shapiro, president and CEO of the Consumer Technology Association said that in the association world, it’s all about the “we” not the “I.” Participants recommended that women do need to learn how to better tout themselves, but suggested that you always mention another by name, or more than one, to ensure you are advocating for others. Wouldn’t we want men to do the same?

Clearly many attendees thought of the forum as more personal development than professional development (Emotional Intelligence, or EQ, versus IQ). A little refueling never hurt anyone. That says a lot about how important soft skills are to women leaders. But guess what we’ve discovered in dozens of our own engagements with association volunteers when we’re tasked with improving the education at their annual conferences? Think of a mentor or boss you really admired. What attributes made them special? “Listens well, inspiring or visionary” always wins the day over “intelligent.”

If there are large numbers of people from the same organization at your conference, it is important to help them branch out from those they’ve come with: attendees will only reap benefits and grow if they leave their comfort zone and interact with new people. Formal networking can be intentionally designed. It can happen serendipitously, but ideally it should be both. Those attending the first afternoon at the Forum had fun with an organized networking event—a scorecard where you had to fill in boxes like “favorite dessert” and find a mate who had the same answer—but the following day lacked planned networking or table discussions.

The speakers were entertaining, en pointe with messaging, particularly about personal improvement, and highly professional. I believe women’s conferences should aim to be inspirational and transformative. This can also be achieved through the flow of the sessions: start strong and end with emotion. According to the organizers of Ted Talk conferences (as well as the advice we give our clients): “Save the most gripping speakers for the end. This is when your attendees are most open to being moved. It will leave them with a feeling that will stay with them – maybe even motivate them to action.”

Do you think women should use “I” or “we” in a professional setting when talking about their achievements? Are you an advocate for people you manage, and if so, how?