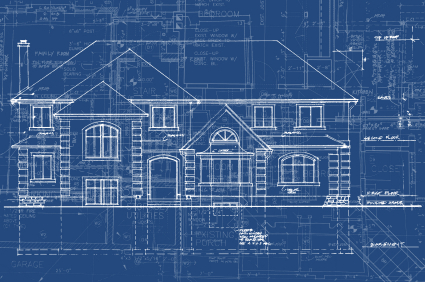 On June 15, at the PCMA Education Conference 2010, I saw Scott Klososky present how to use social technologies in the seven stages of event planning.  The title of his presentation was "A Blueprint For Socially Augmented Events." Scott's presentation was mind boggling, thought-provoking and progressive. He laid it all on the line and challenged meeting professionals everywhere to get involved with social technologies in all aspects of the event planning and implementation or risk becoming … END_OF_DOCUMENT_TOKEN_TO_BE_REPLACED

You've decided to take the plunge and create a Twitter profile for your event. So what's next? Where do you start? What should you do? Here are 35 tips to help you manage your Twitter event profile and experience. 1. When setting up your Twitter account, use the full name of the conference or event in the name field, not conference's user name. This way people can easily find the event profile by searching for the event's name. 2. Your event Twitter profile bio is your elevator pitch. You … END_OF_DOCUMENT_TOKEN_TO_BE_REPLACED 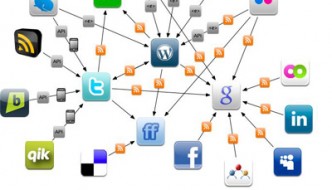 There are many ways to use social media for your next event. Here are just a few to consider. Add your ideas in the comments area. 1. Identify a hashtag for your conference. A hashtag is a key word or abbreviation preceded by the hash or number symbol such as #EC10. Hashtags are adopted by event organizers to encourage conference participants to use in their tweets. Hashtags were created as a way to search and aggregate information on Twitter. More information on hashtags. 2. Search … END_OF_DOCUMENT_TOKEN_TO_BE_REPLACED

It's time to flip the bird for your next conference or event. Not literally. Figuratively. It's time to flip the little blue Twitter bird for your next conference by creating a COPA Agreement. An Agreement between the Conference Organizer, Presenter and Attendee (COPA). Many conference organizers wrestle with the idea of projecting the Twitter stream on the screen behind or beside the presenter during general sessions. This is not a post about why you should or shouldn't encourage the … END_OF_DOCUMENT_TOKEN_TO_BE_REPLACED

When used properly, high-tech networking can increase the quantity and quality of professional connections. But to accomplish this, you’ll need an ‘Extreme Networking’ technology strategy — which starts weeks before and culminates in the face-to-face event. Helping grow a participant's professional network is a sure-fire way to increase loyalty. Last month, we explored how to do this with low-tech networking strategies. Here, we look at a tech-based "Extreme Networking" strategy. Note that … END_OF_DOCUMENT_TOKEN_TO_BE_REPLACED

Since 2007, people have gazed at Twitter and wondered how the Twittershpere developed into what it is today. It's been the subject of much philosophical, religious and scientific discussion and debate. People who have tried to uncover the mysteries of the Twitterville development include such famous researchers as Danah Boyd, Chris Brogan, Beth Kanter, Charlene Li, Brian Solis, and Dan Zarrella. Many of these researchers have developed their own Twitter birthing theories as they watched the … END_OF_DOCUMENT_TOKEN_TO_BE_REPLACED

So you've decided you want to help facilitate the attendee communication at your next event. You've set a goal to increase your onsite attendee engagement with each other and the speakers during the event. And your goals include listening and responding in real time, when appropriate, as well. Yet, you're not sure where to begin or which tools to use. Let's consider one of the most popular backchannel tools today: Twitter. Why has Twitter become so popular as a backchannel … END_OF_DOCUMENT_TOKEN_TO_BE_REPLACED

What happens at a TweetUp stays on Twitter...and the whole world knows. PCMA 2010 held it's first TweetUp on Monday, January 11, 2010 at the Aloft Hotel. Thanks to John Fuhr and the team from cmr, along with Aloft Hotel for sponsoring this event and providing Twitinis too. The PCMA Tweeps and #Eventprofs had a blast! Here are some of the Tweeps that joined us. … END_OF_DOCUMENT_TOKEN_TO_BE_REPLACED